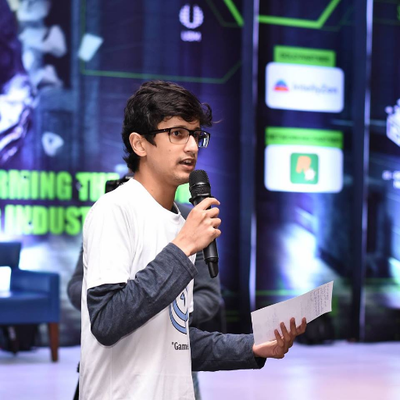 GameEon is an Indian game developer company having its office in Mumbai, India[1] and is one of India’s upcoming game developer and publisher. It was founded in 2011 by Nikhil Malankar, Prasad Kajarekar, Swapnil Borkar, Harsh Sodi & Jimmy Palathingal.

GameEon was started in 2009 as just a simple idea. It was an idea in the minds of 10th-grade kids. The actualization started in 2011 when they started their research on how games were made.

Their first game Kyte – Kite Flying Game got over 250+ downloads on first day and went on to cross 10,000 downloads within its first week of launch. However, because of quality issues the game was taken off by GameEon in the month of August 2013 but shortly after was republished and till date has crossed over 100,000 downloads. GameEon, as of November 2014, consists of a 12-member team and has its office in Mumbai, India.

In 2009, Nikhil Malankar and Prasad Kajarekar were inspired by Rockstar Games Vice City. Back then, as kids they had visioned a virtual world like their dream game and decided to start a company when they grow up.[2] This dream was then shaped into reality in the coming years when they both started pursuing their passion for developing games and assembled a team in March, 2011. GameEon launched their first game ‘Kyte – Kite Flying Game’, a 2d kite flying game which consisted of 4 game play modes. The game was launched on PlayStore.